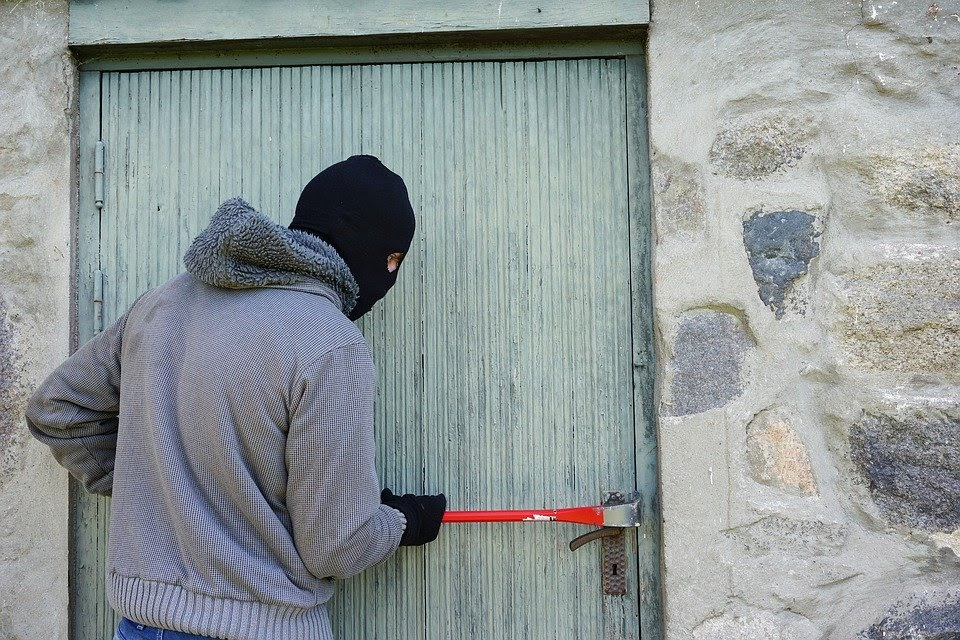 States’ efforts to slow the spread of the COVID-19 virus through “shelter in place” orders have resulted in the temporary closure of many businesses. In most cases, the pandemic has significantly impacted their operations, leaving their facilities nearly empty or, in some cases, entirely vacant.

Remote Surveillance: Monitoring Facilities Even When You Can’t Be On-Site 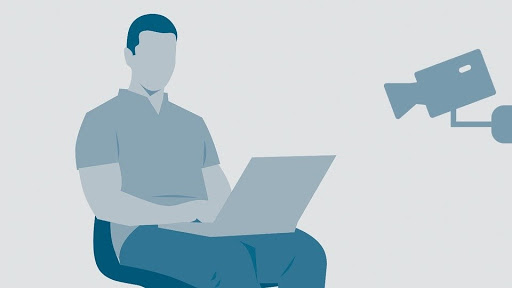 In today’s world, there are a variety of circumstances that can make managing physical security solutions from remote locations a necessity. Whether you have a sudden need to work from home, an abundance of travel coming up, or simply the desire for more peace of mind when security staff is not at the office, now more than ever business owners are on the lookout for ways to view and manage their 24-hour surveillance cameras while off-site. 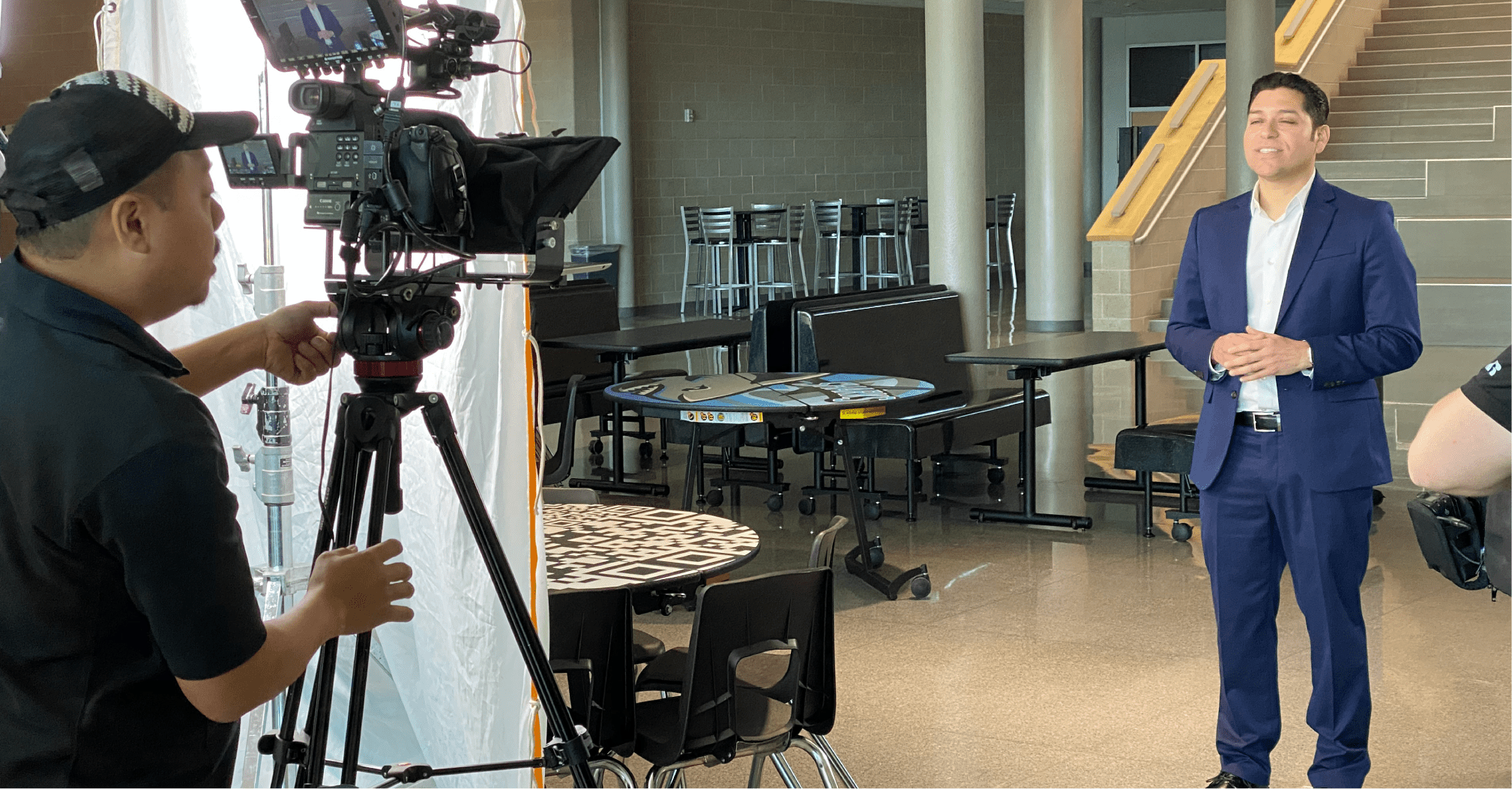 In this video, Albert shares one of our favorite practical video surveillance solutions with you – leveraging the innovative power of multi-sensor cameras to view and record video that doesn’t miss a thing, while simultaneously reducing your project cost.

Can Security Cameras Be Hacked? 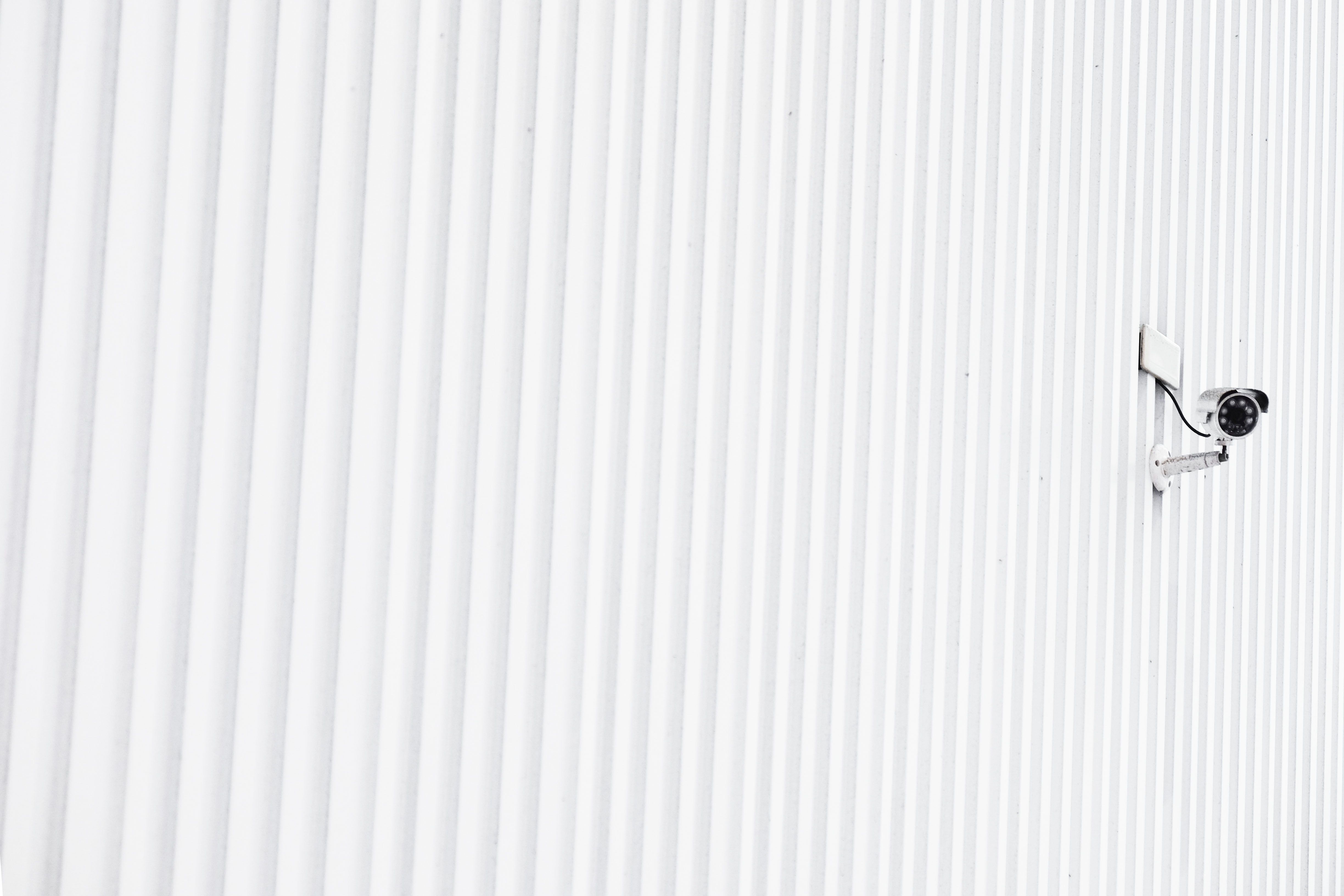 Businesses, educational facilities, and other commercial spaces find comfort in protecting their people, property, and assets by installing professional-grade security cameras. However, even though surveillance systems can help protect against potential physical breaches in security, they also can put your business at risk of cybersecurity attacks. 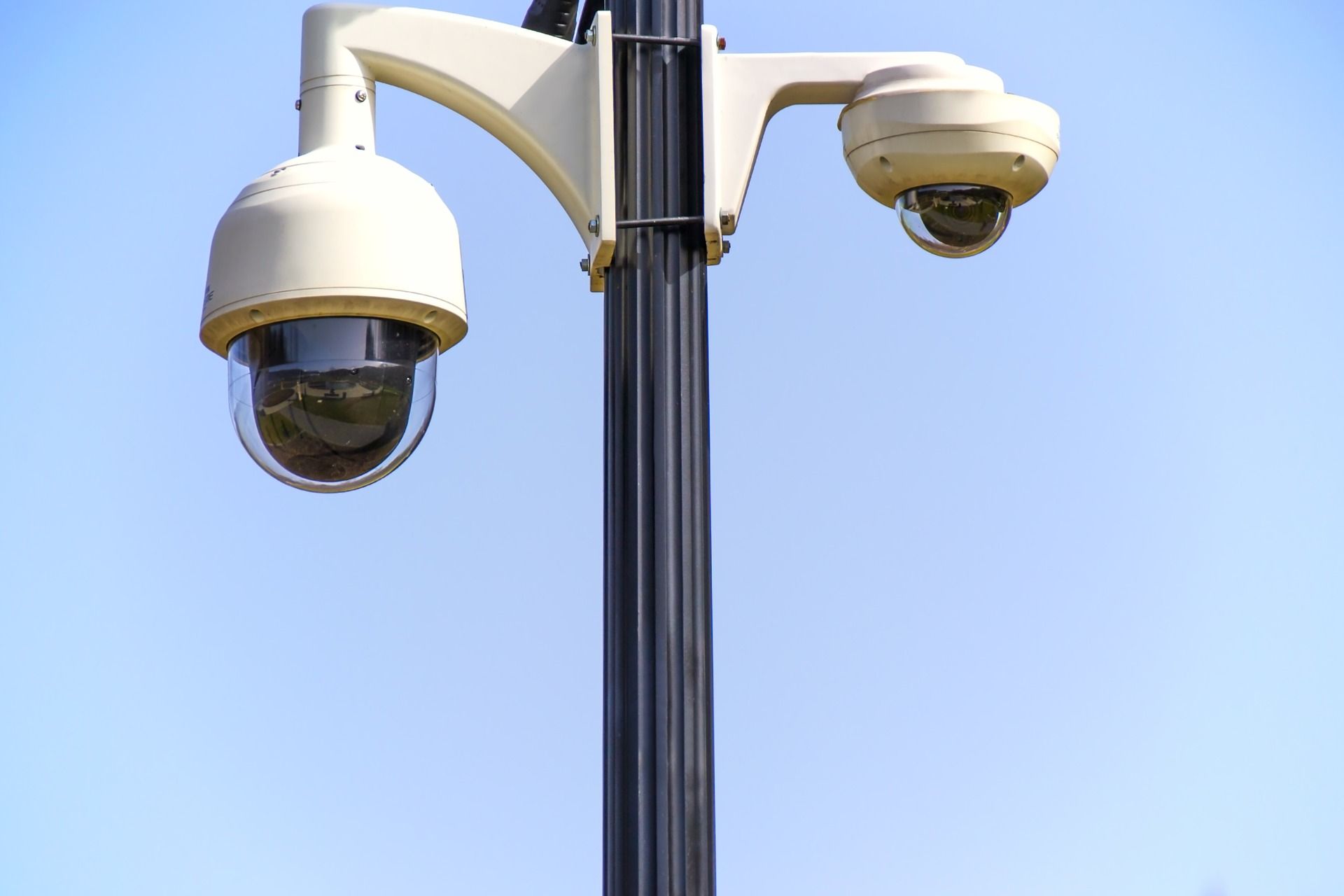 Many businesses and homeowners use security cameras as a preventative measure to help protect their people, assets, and property. Not only do security cameras act as a deterrent to potential burglars or unauthorized people accessing a space, but they also give business and property owners peace of mind. There is comfort in knowing that in the event of an incident, the footage of the incident can potentially be used to prove the identity of the person(s) and even act as evidence in a court case.

New Video Post: "5 Key Questions to Consider When Assessing the Safety of Your Organization " 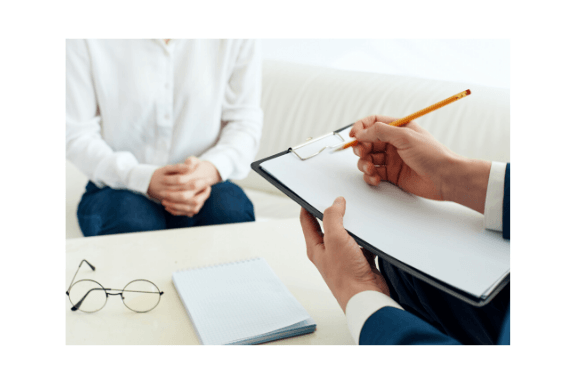 When charting a course to a new destination, you can’t choose a path without knowing your current location.  At DSC, many new client relationships begin with a comprehensive security and life safety assessment.  This assessment provides insight into the external and internal risks that impact site safety, as well as the assets, resources, and policy in place counter those risks. 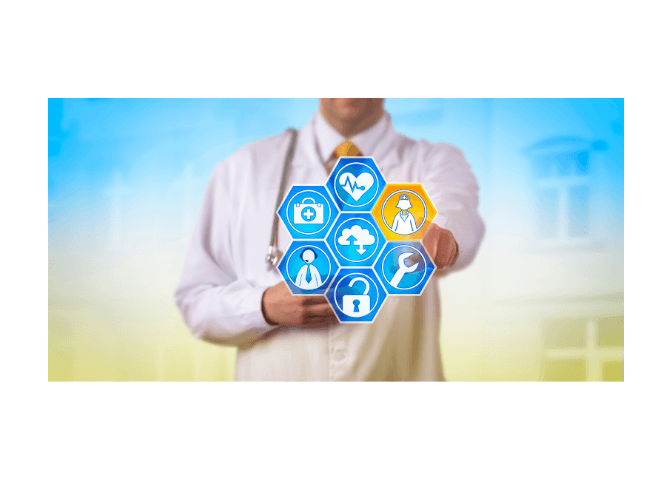 There’s a lot to consider when deploying new, or enhanced, security and life safety systems, including project planning, installation, configuration, service, support, and of course cost.  Our DSC Managed Security offerings were designed to empower organizations with the ability to deploy enterprise-caliber security and life safety solutions, at a price they can afford. 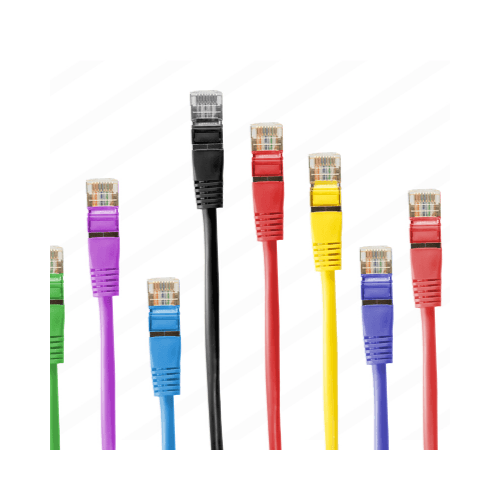 Choosing the right cable for your facility can have a long-lasting impact on the performance of the technology systems your organization relies on. With a seemingly endless array of options for data cable and low voltage wire, planning for the structured cabling needs of your facility can be an intimidating proposition.

Discover how DSC video surveillance solutions hosted in the cloud can benefit your organization by delivering stream-lined deployment, simplified maintenance, and reduced costs. 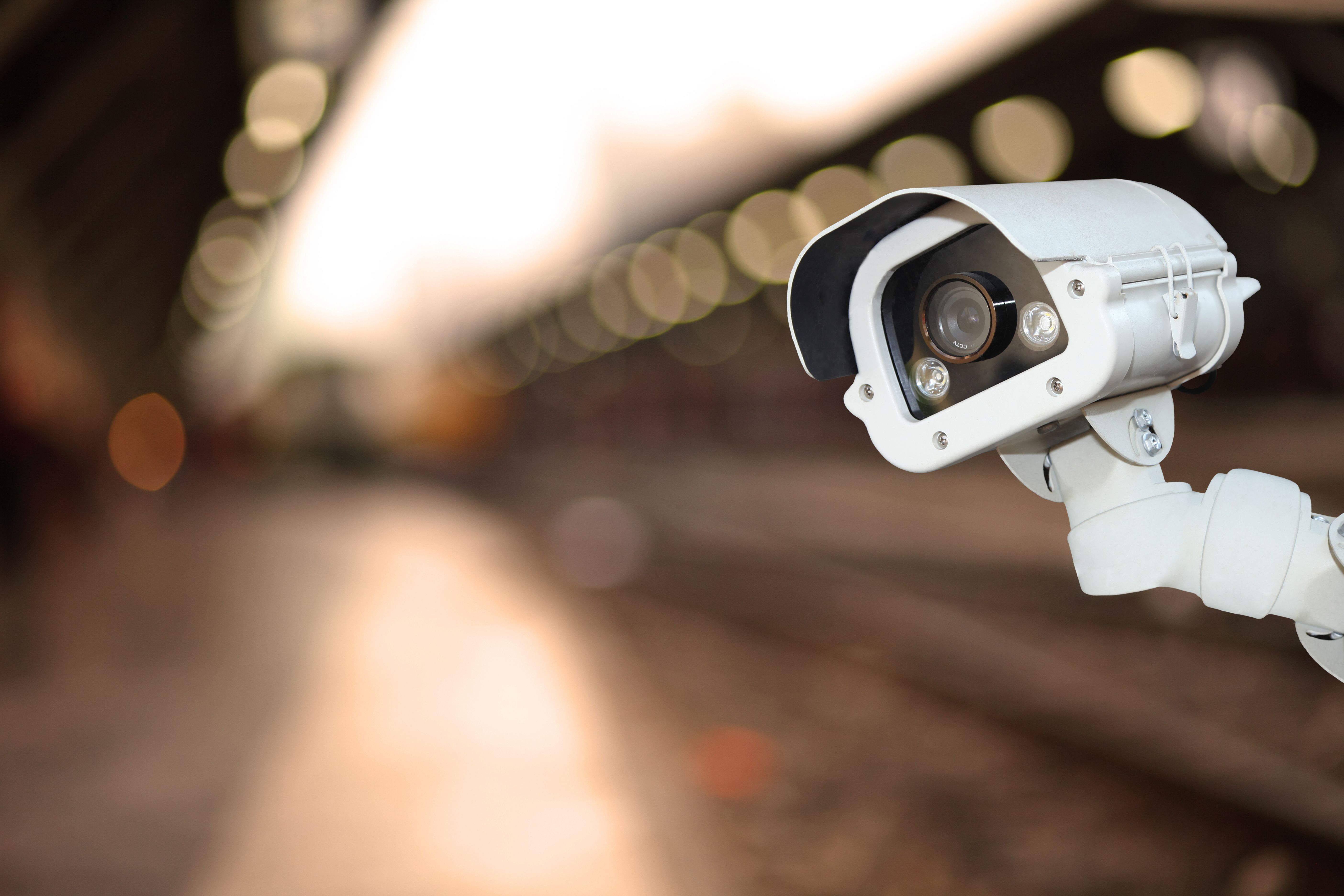 Discover how DSC video surveillance solutions hosted in the cloud can benefit your organization by delivering stream-lined deployment, simplified maintenance, and reduced costs.

From automated access control and security devices to smart lighting systems, IoT-enabled devices are changing the way we look at security solutions for homes, offices, schools, and other buildings. But with the convenience that the internet of things can bring, there are also security concerns that organizations need to address before implementation. Improving access control and security for IoT-enabled security devices allows organizations to protect their sensitive data and prevent cyber attacks. 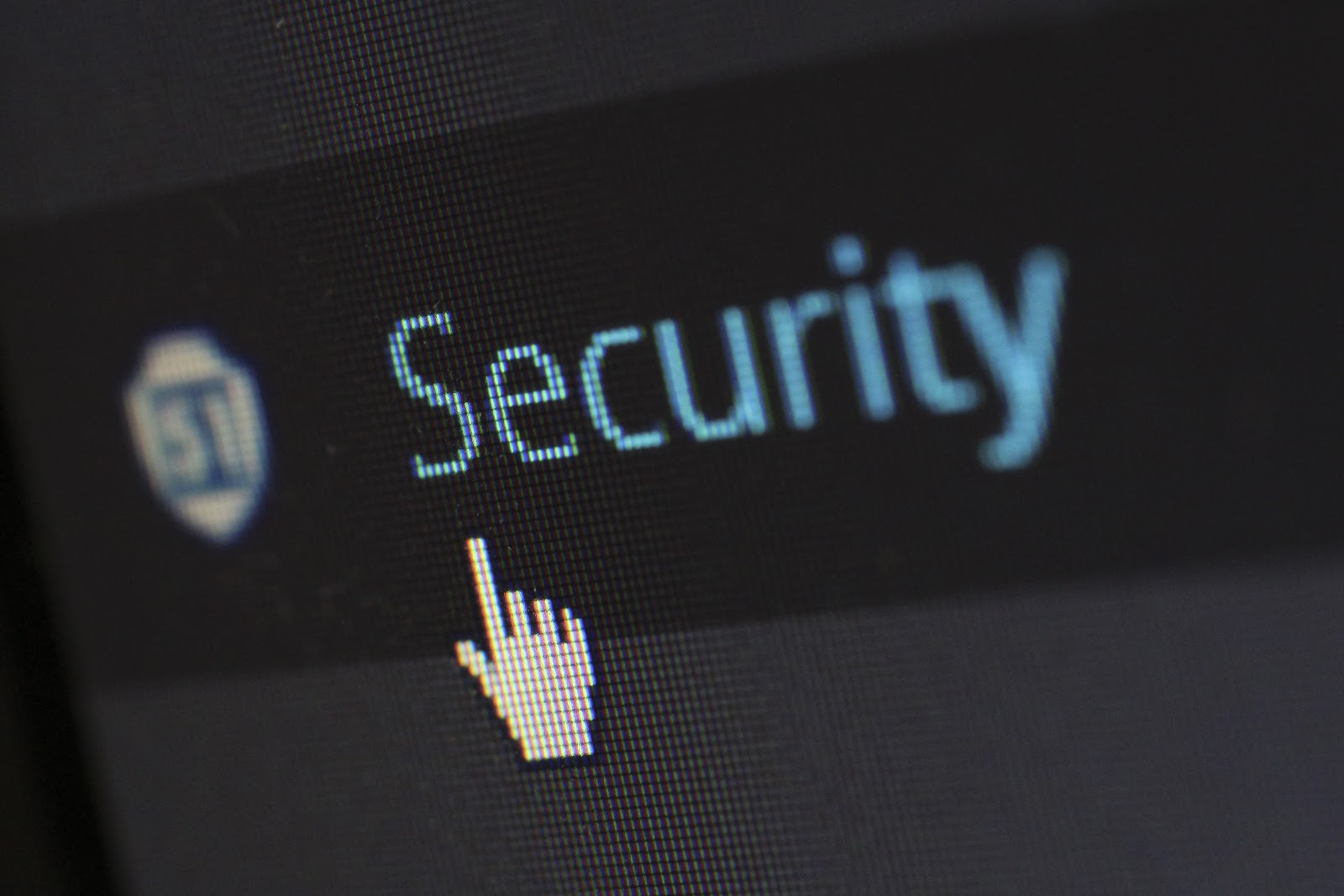 As more and more businesses turn to technology to run their day-to-day operations and store their most valuable company and customer data, cyberattacks become an ever-growing concern for business owners. 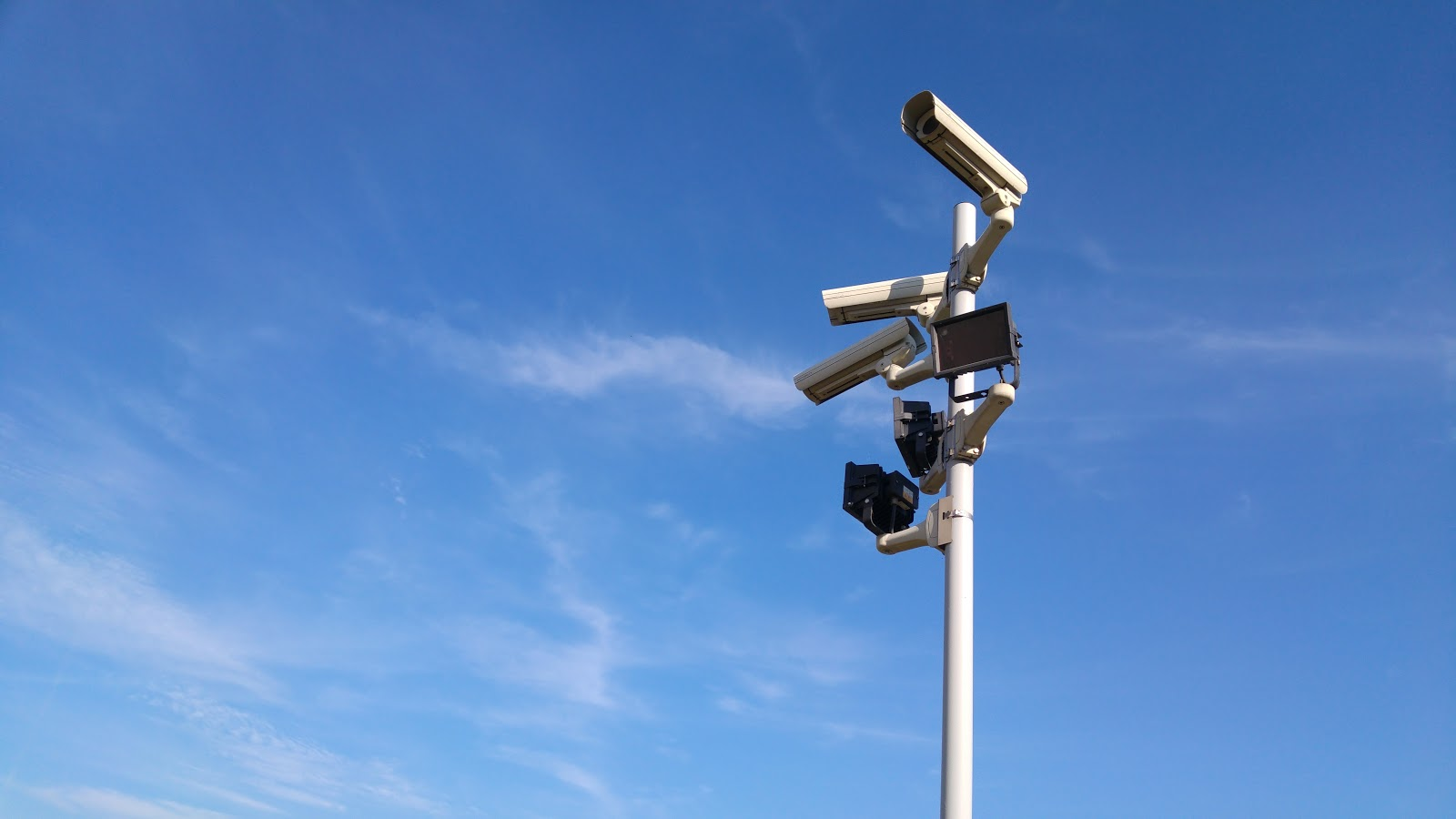 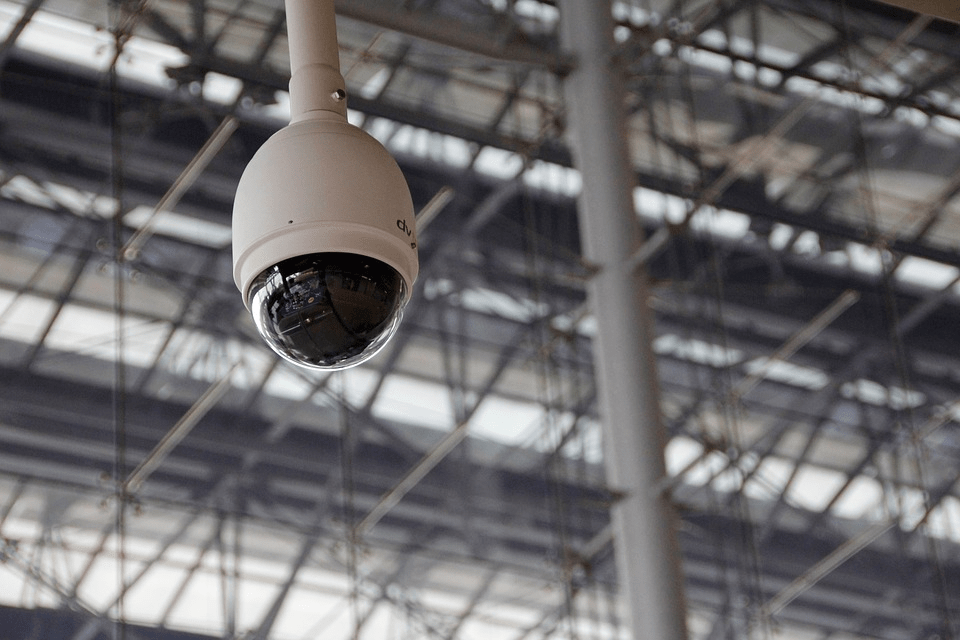 Business owners and security staff can’t be everywhere at once. That’s why camera system installation is such an integral aspect of a comprehensive security solution. However, when it comes to commercial camera systems, not all security cameras are created equal.

Now more than ever, businesses are turning to technology to increase their facility’s everyday functionality. From high-speed data transfer to state-of-the-art life safety and physical security systems, IT networks function as the foundation of many essential tools for businesses, regardless of their industry, size, or scope.

DSC is proud to partner with Avigilon, an industry leader in CCTV camera technology, to offer their top-of-the-line security camera products for a variety of industries. Avigilon’s H5A camera line is a comprehensive security camera system that combines next-generation video analytics technology with powerful integration to give customers unparalleled proactive security.

Access control systems are an essential part of your organization’s physical security. These systems allow you to define and control who can gain access to certain spaces in your building. Access control systems utilize credentials to confirm the identity of individuals, which provides them customized facility access based on roles and rules defined by system administrators.

How Do Managed Security Services Work?

Developing and managing a comprehensive, fully integrated, and scalable physical security system requires more than just purchasing video surveillance cameras. It requires organizations to have people on staff with the knowledge and experience to identify and respond to issues before, during, and after they occur. Organizations that don’t have the resources to properly staff and support their own security operations increase their risk of not being able to adequately respond to a safety incident.

Proper physical security of businesses is the first line of defense against potentially dangerous threats to people, property, and assets. No matter the size, scope, or industry of a business, incidents (both internal and external) pose a serious risk to the safety and security of employees.

As technology advances, the need for quality managed security services is increasing for businesses of all scopes and sizes. Companies are hosting more of their data and operational infrastructure online now more than ever before, making cyber threats, data breaches, and compromised online security an ever-growing fear.

An organization’s video surveillance system plays a crucial role in keeping its people and property safe around the clock. Luckily, commercial security camera systems have become more intelligent and effective—and today, business owners have access to a range of powerful surveillance systems that can be customized to fit their needs and their budgets. Below, we’ll dive into our top picks for the best commercial security camera system.

Not long ago, educational security required little more than the management and upkeep of facility fire and intrusion alarm systems.  This was an entirely manageable responsibility, often carried out by small teams of non-dedicated facility and maintenance personnel.

Are you looking for a new career opportunity? DSC is actively searching for qualified technicians to join our growing team! If you have experience in the installation and/or service of integrated low voltage systems, we'd love to meet you. Positions are available for individuals experienced in fire alarm, video surveillance, access control, intrusion alarm, professional sound and structured cabling. Apply online today: DSC Technician Application 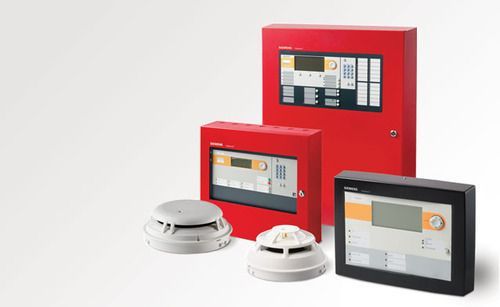 Check out the latest operation and configuration guide for the The Cerberus PRO FC901 Fire Panel from Siemens:

We're proud to announce that DSC has been named an official integration partner by Allegion, the industry leader in door security.

Faster Security Networks than Ever Before

Thanks to some exciting new technology from Hanwha Techwin, video surveillance networks can be faster than ever before.  Hanwha Techwin has released a new line of security cameras featuring support for H.265 compression.  H.265 compression can move video data 50-80% faster than previous generation technology.  By utilizing this technology, an existing security camera installment could support many more cameras, with vastly improved clarity.

HOUSTON, Texas August 10, 2016 -  We are pleased to announce that Design Security Controls, LLC DBA DSC has been certified as a Historically Underutlized Business (HUB) by the State of Texas.  DSC is now listed listed in the State of Texas HUB Directory and may be viewed online at https://mycpa.cpa.state.tx.us/tpasscmblsearch/index.jsp.

The 2016-2017 school year is nearly upon us.  With the new school year comes a brand new set of security compliance standards courtesy of State Bill 507.  State Bill 507, or SB 507, was passed to provide an additional layer of protection for Special Education students.  The bill mandates the standards and requirements for the placement of security cameras and microphones in Special Education classrooms.  School administrators across the state of Texas have been working diligently over the past year to tackle the logistical and financial requirements of SB 507, which becomes effective this school year. 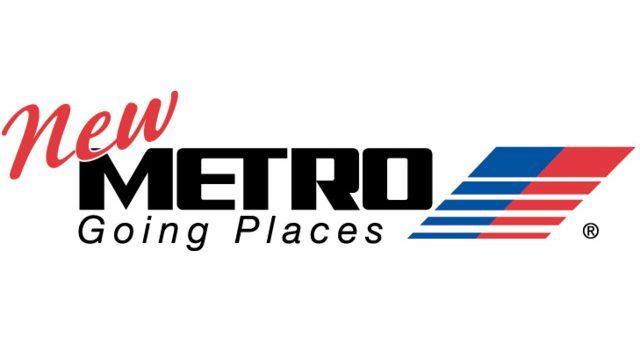 HOUSTON, Texas June 22, 2016 -  We are pleased to announce that Design Security Controls, LLC DBA DSC has been certified as a Small Business Enterprise (SBE) by the Office of Small Business of METRO.

During the first week of April, the security team at DSC traveled to Las Vegas, Nevada for the annual ISC West conference. ISC West has long been the preeminent event in the business of security integration. As the largest and brightest stage in our industry, security manufacturers customarily unveil their latest innovations, services, and products annually at this event. Over the next few weeks, members of our team will share their impressions, observations, and outlook on the latest developments in security and safety technology unveiled at ISC West. 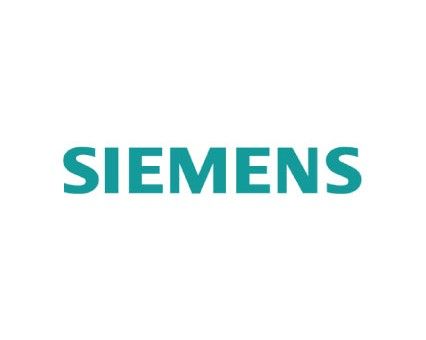 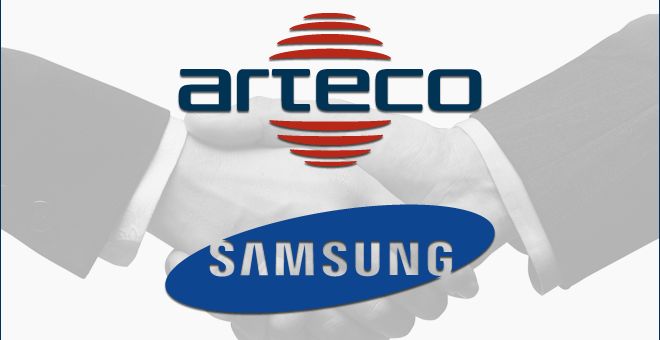 During the first week of April, the security team at DSC traveled to Las Vegas, Nevada for the annual ISC West conference. ISC West has long been the preeminent event in the business of security integration. As the largest and brightest stage in our industry, security manufacturers customarily unveil their latest innovations, services, and products annually at this event. Over the next few weeks, members of our team will share their impressions, observations, and outlook on the latest developments in security and safety technology unveiled at ISC West.

Last week, the security team at DSC traveled to Las Vegas, Nevada for the annual ISC West conference. ISC West has long been the preeminent event in the business of security integration. As the largest and brightest stage in our industry, security manufacturers customarily unveil their latest innovations, services, and products annually at this event. Over the next few weeks, members of our team will share their impressions, observations, and outlook on the latest developments in security and safety technology unveiled at ISC West. 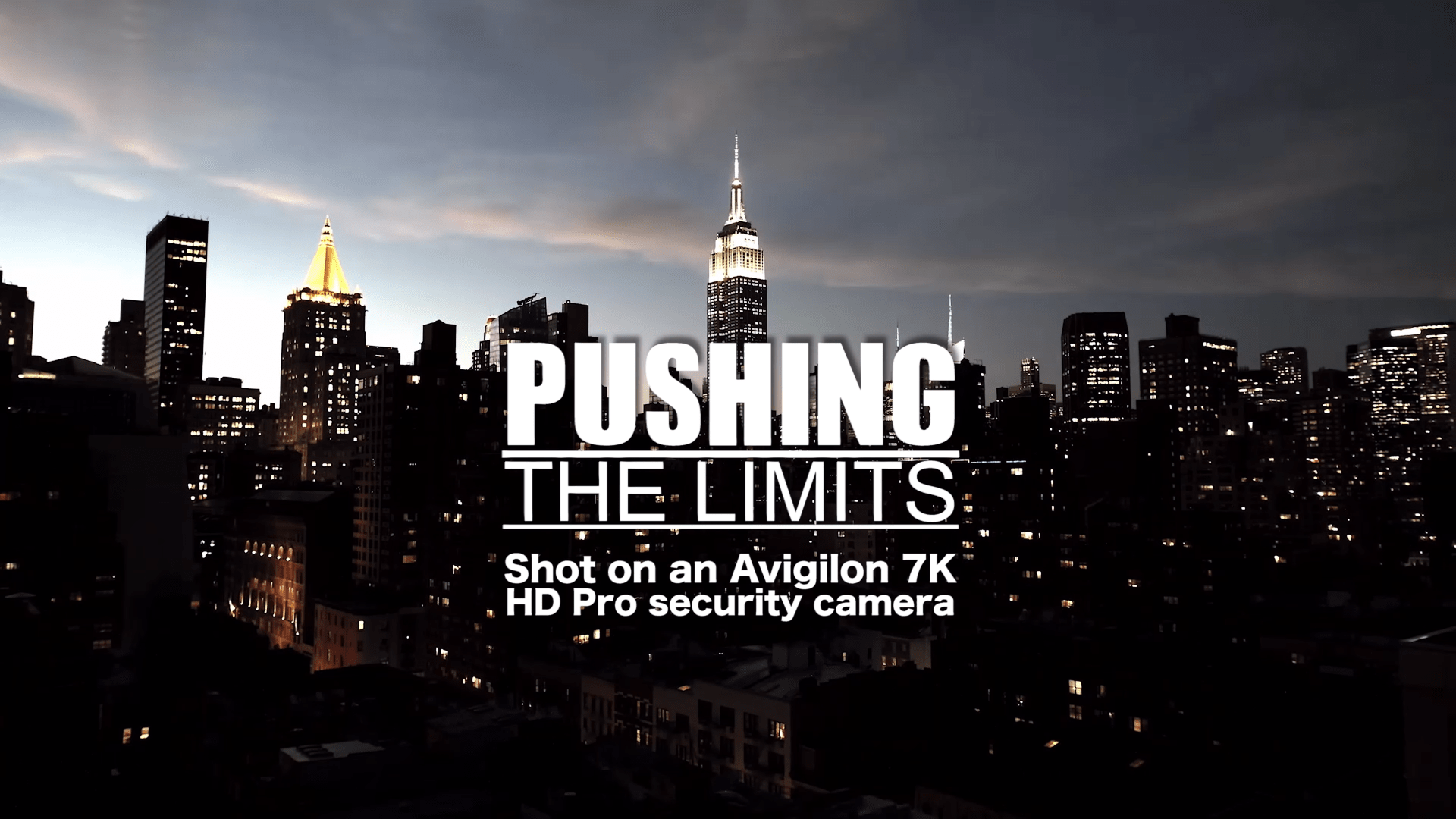 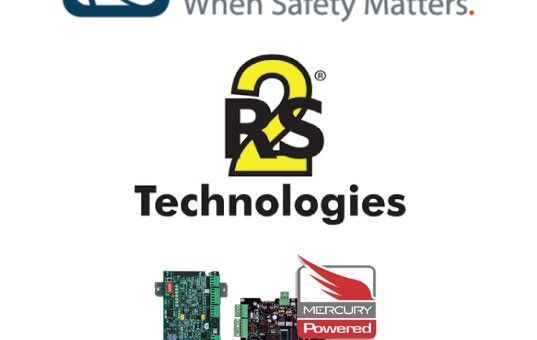 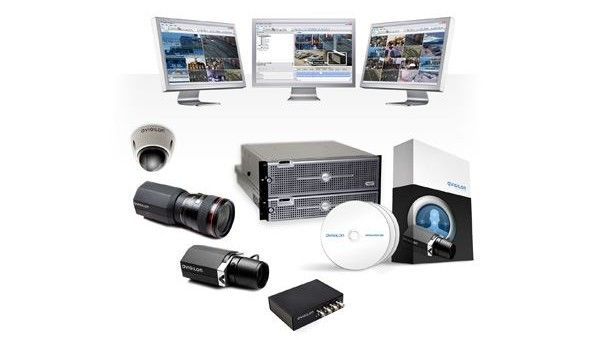 What's So Great About Video Insight? 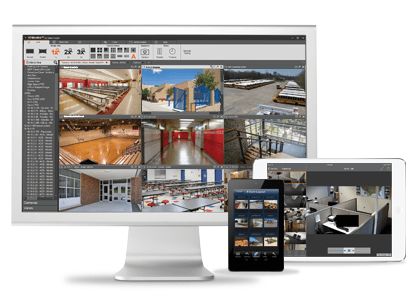 Performance and Value with Video Insight